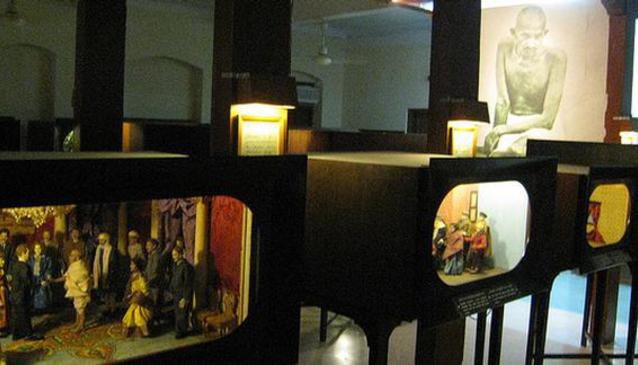 The Mani Bhavan Sangrahalaya is a quaint Gujarati-style, two storied house on Laburnum Road, Mumbai where Gandhiji lived from 1917 to 1934. It is now converted into a museum and research centre.

The struggle for independence saw Mumbai play a very important role. The father of the nation Mahatma Gandhi spent many years in the city, guiding the struggle for freedom from Mani Bhawan, a place which was his headquarters for about 17 eventful years beginning from 1917-1934. The place belonged to Shri Revashankar Jagjeevan Jhaveri, who was a close friend of Gandhi's and a host during that period. During his stay at Mani Bhavan Gandhiji initiated many agitations like the Civil Disobedience, Satyagraha, Swadeshi, Khadi and Khilafat movements. In 1955 the building was dedicated as a memorial to Gandhiji in remembrance of the many struggles that were initiated from this place.

Visitors from all over the world come to Mani Bhavan, to see the room that Gandhiji occupied, its Picture Gallery, the Library Hall and the Terrace where he was arrested on 4, January 1932. To the younger generation, it will give an idea of the dynamism of the great Mahatma even while he was shaping himself and the nation, along the uncharted path of non-violent resistance to foreign rule and to all evil.

1) A Library consists of around 50,000 books & periodicals in reference and lending sections.

2) The Auditorium on the first floor where films on Gandhiji are shown from time to time and recordings of his speeches are played on request.

3) The room on the second floor which used to be the living room and working place of Gandhiji (preserved as far as possible in its original setting).

5) A Picture Gallery which gives glimpses of Gandhiji in Mani Bhavan and important events in his life. It displays photographic posters depicting important events and Photostats of some significant letters, articles and documents written by and about Gandhiji with appropriate captions in Hindi and English.

6) A bronze plaque with an inscription now marks the place of the tent in which Gandhiji was arrested in January, 1932. He used to sleep and hold his prayers on this terrace.

7) Mani Bhavan is recognised as a Research Institute preparing students for Ph.D. degree in Gandhian Thought and Rural Development by University of Bombay.

8) At the sales counter in the entrance hall, Gandhi Postage Stamps, Photographs, Gandhian Literature, Statues and Medallions etc are sold.