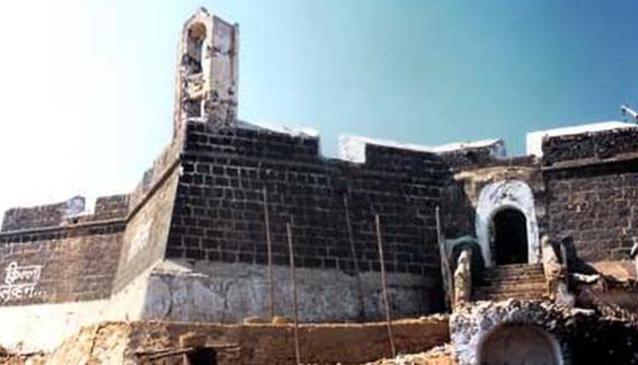 Worli Fort is an ancient British fort perched on a hilltop on the peninsular landmass of Worli in Mumbai. It is often mistakenly referred to as being built by the Portuguese but it was actually built by the British around 1675, when the city was a small agglomerate of seven islands. The islands were connected over the years and the region stands as an integral part of Mumbai today.

The Fort was strategically built on the Worli hill to protect the area and overlooked the Mahim Bay. It used to track the enemy and pirate ships in the nearby sea.

Now this place is used by the locals who come here to spend time and enjoy the sea breeze. It has not lost its old glory and the architecture of the Fort is revealed in the beautifully ornamented gate that leads to the entrance of the Fort. The view of the Arabian Sea from this fort is simply splendid and panoramic.