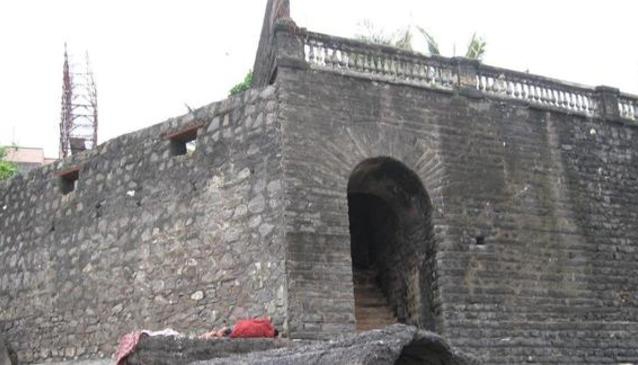 The Mahim Fort is an ancient fort, which is strategically located in Mumbai. It lies off the Mahim causeway, which links the suburbs to the city. Mahim Bay is an important trade route and the fort was built as safeguard. It was built in 1669 by the first governor of Mumbai Gerald Aungier. It is a part of the larger Bombay Castle and strategically located in the Mahim Bay, which overlooks Worli to the South, Bandra to the North, and Mahim to the East. It was a defense post against possible Portuguese attacks from the north and later from the Marathas. In 1684, Sir Thomas Grantham strengthened the fort and it became a strategic watchtower against possible Portuguese attacks, and later from the Marathas. In 1772, the Portuguese attempted to attack this fort but the British with cannonballs, repelled them. The Mount Mary's Basilica was damaged during this encounter. According to historical accounts, the fort had 100 soldiers and 30 cannons at that time.

It is a good example of British architecture with its characteristic bastions, strong walls, decorative pillars and wonderful carvings. The origins of the fort are unclear, but it occupies a strategic location that has been frequently contested. It is currently owned by Maharashtra state's Department of Archaeology and Museums.