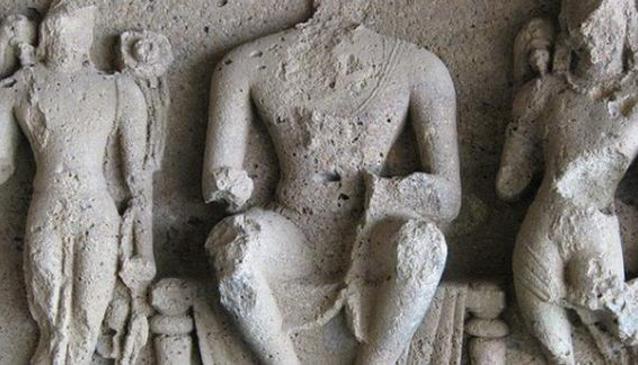 Suburbs of Mumbai hide several groups of unique monuments. One of such monuments is the ancient Kondivita Caves - nowadays more often called Mahakali Caves. The name 'Mahakali' in turn comes from the Hindu temple nearby it. These are rock cut caves, carved out of solid hard rocks, with color of black basalt and are located at the picturesque Udayagiri hills.

These Buddhist caves are a group of 19 rock-cut monuments built between the 1st century and 6th century and are located in the western suburb of Andheri in the city of Mumbai in western India.

The Monument consists of two groups of rock-cut caves - 4 caves more to the north-west and 15 caves more to the south-east. The caves in the Mahakali Caves are a mixture of viharas and chaityas made for the monks. The caves in the north-west were mostly created during 4th - 5th century, whereas the south-eastern group is older. The largest cave at Mahakali (Cave 9) has seven depictions of the Buddha and figures from Buddhist mythology but all are mutilated. Many tourists visit the Mahakali caves every year, especially people interested in archeology and art aficionados. It is a place to visit anytime of the year.