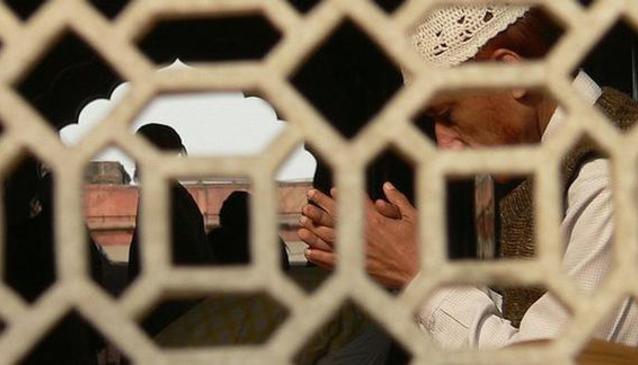 The Jama Masjid is a mosque in the Kalbadevi neighborhood, near Crawford Market in South Mumbai. It is a holy worship place of the Muslim Community. It is the largest and oldest mosque in the city. The original Jama Masjid of Mumbai was situated near Dongri whicht was later removed and erected at Esplanade. In 1770, this mosque was demolished by an order of Governor William Hornby. The construction of the present Jama Masjid started in 1775 and work was completed in 1802.

The Mosque is a quadrangular pile of brick and stone encircled by a ring of terrace roof and double story buildings. The main eastern gate leads to an ancient tank, which was built in eighteenth century. It is situated in the midst of gardens, now furnished with masonry steps and embankments and contains about ten feet of stagnant water, filled with gold and silver fish. The upper story is upheld by five rows of wooden pillars, each of the rows contains a receptacle for sacred books. In accordance with a scheme framed by the high court in 1897, the affairs of the Masjid and its allied properties are governed by eleven elected members of the Kokni community.