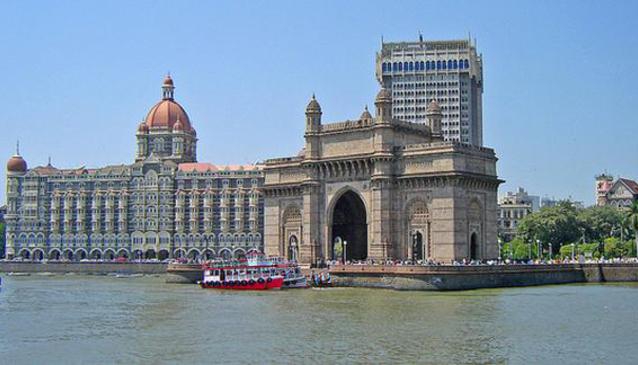 Directions to Gateway of India

The Gateway of India, a great fusion of Hindu and Muslim architecture, was built to celebrate the visit of King George V and his consort Queen Mary, to Mumbai on their way to the Delhi Durbar in the winter of 1911. Although the foundation stone of the Gateway of India was laid on March 31, 1911 and George Wittet's final design sanctioned in August 1914, the construction was actually completed in 1924, and the Gateway was opened on December 4, 1924 by the Viceroy. During this time period, land was reclaimed from the sea at Apollo Pier for the construction of the Gateway.

The Gateway of India is built from yellow Kharodi basalt and reinforced concrete. The total cost of construction was a princely Rupees 21,00,000. An ironic fact of the Gateway is that its approach road was never made because of the lack of additional funds. So today it stands at an angle to the main road that leads you to it.

Today this symbol of colonialism has got Indianised and draws a lot of local tourists and citizens. Behind the arch are the steps leading down to the water of the Arabian Sea.

The Gateway of India is surrounded by landmarks like the Taj Mahal Hotel, one of the most famous and luxurious hotels in India. Tourist can enjoy by hiring one of the little motor launches available at the Gateway of India. These launches provide short cruises around the active city of Mumbai. Views from these cruises are beautiful and stunning, offering you memories to cherish for a long time.