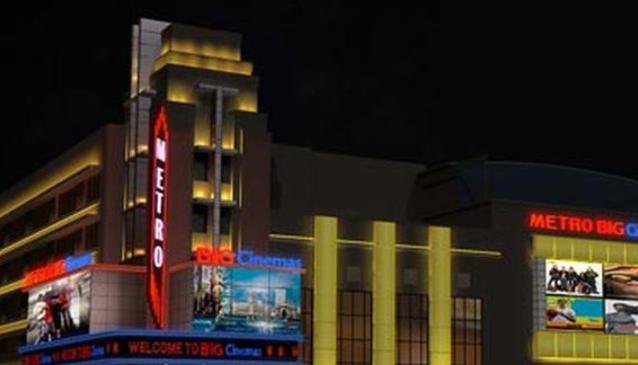 BIG Cinemas, a division of Reliance Media Works Ltd and a member of Reliance ADA Group is India’s largest cinema chain with over 550 screens spread across India, US, Malaysia and Netherlands and caters to over 35 million consumers. BIG Cinemas has established leadership in film exhibition in India with 253 screens and accounts for 10 to 15% of box office contributions of large movies.

By following a strategy of not only setting up new cinemas across the country but also taking over current properties, renovating and operating them, Big Cinema has spread its foot prints Pan India by taking advantage of the considerable existing infrastructure and brand value of the properties that it has taken over. Its main focus is to provide audiences from all economic strata across the length and breadth of the country, access to the state of the art BIG Cinemas.

Having partnered IMAX Corporation, BIG Cinemas has installed IMAX’s new world class digital projection system in BIG Cinemas’ flagship IMAX® theater in Mumbai. This new technology has enabled BIG Cinemas to take advantage of the growing slate of Hollywood releases in IMAX and IMAX® 3D. It is the only cinema in India which screens films in both 3D and 6D formats. BIG has also launched the innovative Cine Diner at its flagship property at R City Mall (Ghatkopar) Mumbai.