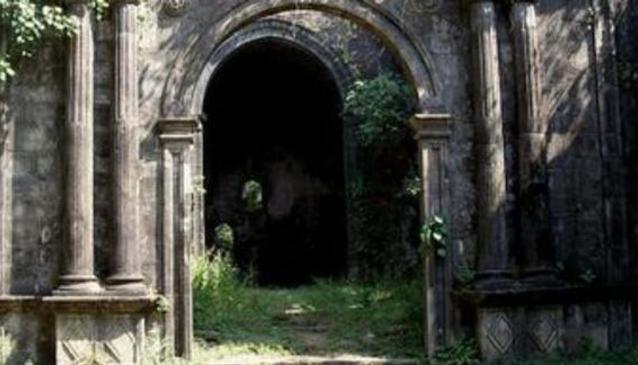 Bassein Fort is a large fort in Vasai village or 'Vasai-Goan,' in the Vasai Taluka (county) of the District of Thane, Konkan Division, Maharashtra State, and Republic of India. The name 'Bassein' is the English version of the Portuguese 'Baçaim' (with the 'ç' spoken as 's' and with the 'm' silent), itself a version of an apparently native name that may have a connection to the Vasa Konkani tribal’s of the North Konkan region, extending from Bombay into 'South Gujarat.' The Marathi name of the place is Vasai.

The remains of the fort can be reached by bus or taxi from the Vasai railway station. The ramparts overlook Vasai creek and are almost complete, though overgrown. Several watch-towers still stand, with safe staircases leading up.

The Portuguese buildings inside the fort are in ruins, although there are enough standing walls to give a good idea of the floor plans of these structures. Some have well-preserved facades. In particular, many of the arches have weathered the years remarkably well. They are usually decorated with carved stones, some weathered beyond recognition, others still displaying sharp chisel marks.

Bassein Fort, now in ruins was once a throbbing city. Built by the Portuguese, this fort was once a symbol of Portuguese power in the west of India. From the year 1534 to 1739, the fort of Bassein was the stronghold of the Portuguese until it was ransacked by the Maratha. Never-the-less, the remnants of the fort still bear unmistakable Portuguese influence.

Bassein is a shipbuilding centre today and was ruled by many rulers, such as, the Portuguese, the Marathas and the British. Many Bollywood films are also shot in Bassein Fort.