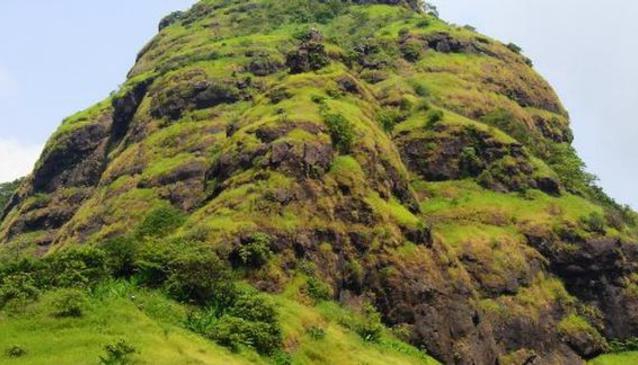 Takmak Fort is about fifteen miles from south-east of Mahim, stands on a very steep hill about 2000 feet high, in a rough wooded country, a little to the north-east of the meeting of the Tansa and Vaitarna rivers. Takmak is a fortified height rather than a fort, as it consists of a hill-top, 400 yards long by about 100 broad, enclosed with works in the only two places where it is accessible.

In 1818, in spite of the natural strength of the hill, the works were so greatly injured by exposure and long neglect that the fort was easy to capture either by surprise or by assault. The wooded and rugged ground about the fort could hide an attacking force nearly up to the foot of the works, which, in places, were no more than a wall of loose stones. On the top of the hill were nine small ponds with a sufficient supply of water and there were a few scattered huts occupied by the garrison. In 1862, the Takmak works were so ruinous as to add nothing to the strength of the hill. The water-supply was destroyed, in case the hill might ever fall into the hands of robbers or insurgents.

At the Sativli hot-spring, about six miles north of Takmak, are fragments of a Hindu temple, large blocks of carved stone, two broken bulls or nandis, and two broken ling cases or shalunkhas. Near these are two hot-water reservoirs.