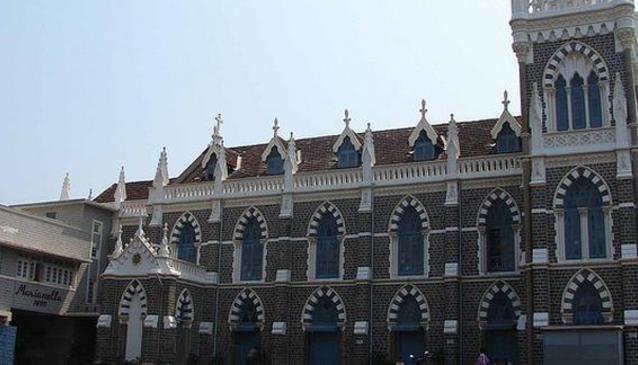 Mount Mary is a Roman Catholic Church in the city of Mumbai. It is one of the most visited churches in the city located in the suburb of Bandra. It stands on a hillock about 80 meters above sea level overlooking the Arabian Sea. The main attraction of the church is the Bandra Fair, which celebrates the birthday of Virgin Mary in the month of September. This week long celebration is a fun filled extravaganza, wherein the church as well as its surroundings is embellished with beautiful decorations. Thousands of people visit the church on this occasion.

The history behind the current statue of Lady Mary goes back to the 16th century when Jesuit priests from Portugal brought the statue to the current location and constructed a chapel. In 1700, the Arab pirates disfigured the statue to obtain a gold lined object in her hand. The church was rebuilt and the statue was replaced with the statue of Our Lady of Navigators, of St. Andrew's church, in 1760. According to a letter published in the book 'St. Andrew's Church' Bandra, a Koli fisherman, dreamt that he would find a statue in the sea. Later, he actually found this statue floating in the sea and in 1761; the original statue was renovated with a child in her arms and is worshiped here ever since.