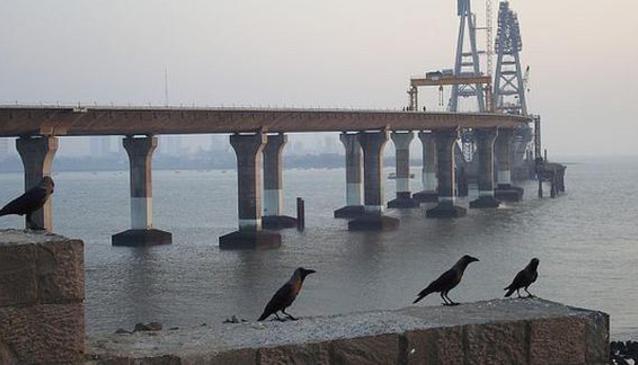 Castella de Aguada is a Portuguese fort located in Mumbai. It is situated at land’s end, Bandra in the city. It is also known as “Fort of the Waterpoint” and “Bandra Fort”. It was built by the Portuguese in 1640 as a watchtower overlooking Mahim Bay, the Arabian Sea and the southern island of Mahim. The strategic value of the fort was enhanced in 1661 after the Portuguese ceded the seven islands of Mumbai that lay to the immediate south of Bandra to the British. In 1739 the island was invaded by the Marathas; it was ruled by them until 1761 when the British gained possession of the area during the First Anglo-Maratha War.

The name indicates its origin as a place where fresh water was available in the form of fountain (Aguada) for Portuguese ships cruising the coasts in the initial period of Portuguese presence. The fort lies over several levels, from sea level to an altitude of 24 meters. It has been featured in several Hindi films. It also guarded the northern sea route into Mumbai Harbor. During the Portuguese rule, it was armed with seven cannons and other smaller guns for defence. Its main gate now opens onto a ‘courtyard’ without walls, affording a spectacular view over the water. It’s become a popular place for fishing, hanging out and enjoying the view. The place has been partially developed into a picturesque park.